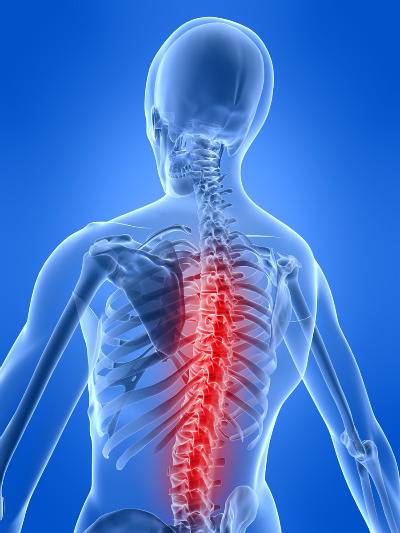 About 85 percent of the population will experience disabling, low back pain at least once during their lives!  That’s almost all of us.  The problem is so bad that, at any one time, 6.8 percent of the U.S. adult population is suffering from an episode of back pain lasting more than two weeks.  That’s a lot of bad backs.  The estimated cost of this problem in the U.S. is over $50 billion a year.

The standard medical approach to back pain varies depending on the severity of the condition.  Music relaxers, painkillers, rest, and physical therapy such as traction, diathermy, ultrasound, hot packs, and cold packs are sometimes used.  However, this approach has not been found very helpful.  If the problem doesn’t improve or worsens, then surgery may be performed.

The medical approach is sometimes necessary – even back surgery has a place.  But, according to some studies, most spinal surgery for acute lower back problems should be rarely performed.  Many people who have had back surgery report a recurrence of their symptoms within a year or two of the operation and may return to the operating table.  In some cases, the surgery makes no difference whatsoever.  In other cases, it does bring long-term relief.

I take a different approach to the treatment and prevention of low back pain.  After a thorough neurological examination I determine which part of the nervous system is not functioning properly.  In many low back pain patients I may find a high mesencephalic output.

There are three parts to the brain stem: top, middle, and lower.  The mesencephalon is the top part of the brain stem.  A high output of the mesencephalon will cause an increased pulse and heart rate, inability to sleep or waking up from fitful sleep, urinary tract infection, increase warmth or sweating, and sensitivity to light.

Along with a high mesenphalic output, the low back pain patient may have a decreased output of the cerebellum.  The cerebellum is in the back part of the brain, and it controls all of the involuntary spinal musculature.

No matter what the condition, it is imperative that the  doctor performs a thorough and comprehensive exam to determine the exact nature of the patient’s condition.

If you are interested in seeing if you are a candidate for our breakthrough procedures for treating back pain give us a call at 661-940-6302 to schedule a  consultation and screening exam with Dr. Hodges or Dr. Eckel.